The doors of the Holiday Inn Leiden were officially opened in 1968 and was the first Holiday Inn hotel in Europe. Since then the hotel has developed and has undergone a lot of renovations. Because of this, Holiday Inn Leiden became the most successful four-star hotel and congress center in the region. Holiday Inn Leiden is centrally located to Schiphol, The Hague and Amsterdam, on the edge of historical Leiden, and consists of 200 hotel rooms, 14 meeting rooms, restaurant, bar, business center and various recreational facilities including fitness center, swimming pool, sauna and a Jungle club for children.

Under the same roof they recently opened ECC Leiden; an Event & Convention Center suitable for conventions, fairs and events up to 2500 persons. 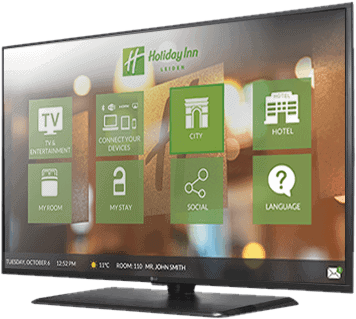 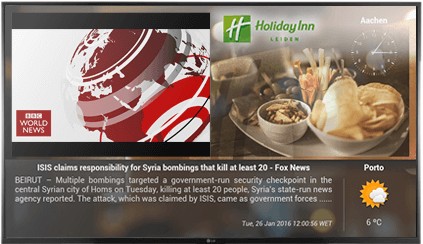 Digital Signage is available in the public areas through Nonius Signage solution that offers the guest real-time information about the hotel, services, promotions, events, local tourist attractions and flight schedules, improving the quality of their stay.

For the Holiday Inn Leiden, this solution simplifies operations by cutting costs on posters and leaflets, and enhance the atmosphere in the hotel public spaces.

Nonius Internet Access Solution is available throughout the hotel guaranteeing the connection for the guests, in any device, and with a hotel branded login portal.

Business Center iMac’s with Nonius software are also available, enabling any guest without a personal device, to connect to the internet and use office tools. 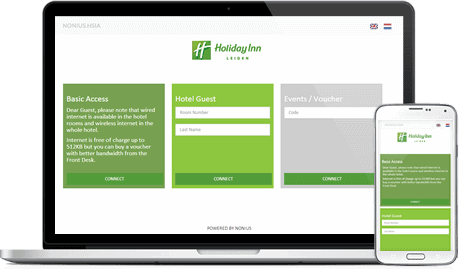 Besides all this solutions, Nonius also provided services of design, project management and implementation from our team of experts.
Nonius is also offering the Holiday Inn Leiden Support & Maintenance Services ensuring high levels of satisfaction, and allows the hotel to focus on its business.

The most versatile Interactive TV solution just got revamped

Over RF (Coaxial cable), Full IP or hybrid you can count on us to provide…
Erica Lopes 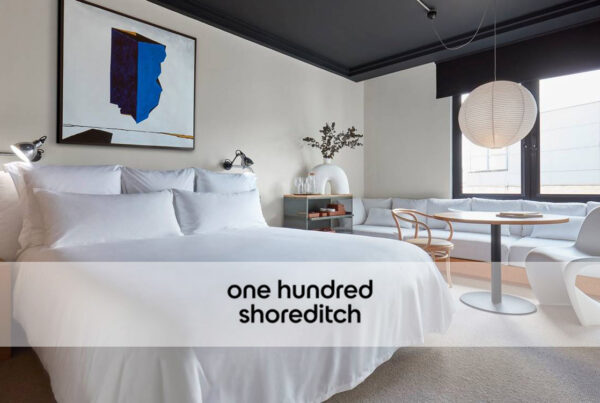 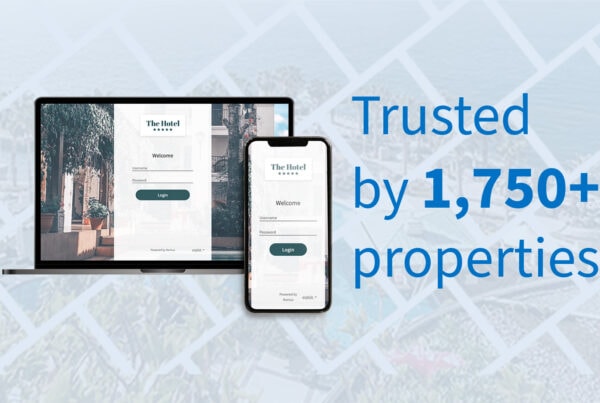 Guest Wi-Fi: an efficient way to collect data and engage with guests

About Us
Markets
Solutions
Case Studies
News
Contact Us!